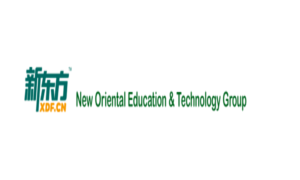 Muddy Waters’ fraud allegations leveled at New Oriental Education & Technology Group (EDU) this week should remind investors that Chinese issuers listed in the U.S. still wear a bull’s eye, even if they happened to complete a conventional IPO.

The Muddy Waters report, which claims that New Oriental Education is lying about its store growth, financial performance and structure, drove the company’s share price down 57% to $9.60 on Tuesday and Wednesday. Shares rebounded to $11.20 on Thursday. New Oriental Education raised $112.5 million in an IPO in 2006 and an additional $25 million in a secondary deal in 2007.

Muddy Waters, a short seller, also cast doubt about the financial reporting veracity of other Chinese educators trading in the U.S., including TAL Education Group (XRS) and Ambow Education Holding (AMBO). TAL Education’s shares have fallen 25% this week, while Ambow’s have slid 1.3%.

Muddy Waters’ report hit the market almost two years to the day that it charged Orient Paper (ONP) with fraud in what was the short seller’s initial assault on Chinese issuers. The firm then launched similar claims against a handful of other Chinese companies.

Those reports and more negative fodder from other short sellers not only intensified regulator scrutiny of Chinese issuers – particularly those that entered the U.S. markets through alternative public offerings like reverse mergers – but they also soured investors on the companies. As a result, tumbling stock prices have forced many Chinese issuers to pursue privatizations or delist.

But the havoc visiting Chinese issuers parallels a broader move away from reverse mergers and alternative public offerings, as new regulations make the deals less attractive regardless of a company’s nationality.

The SEC, in an effort to prevent dormant shell companies from being used as pump and dump vehicles, forcibly delisted almost 379 non-reporting companies in operation "Shell-Expel" in May, and has continued deregistering delinquent shells since, including more than a dozen in July.  Shell and blank check companies, meanwhile, are voluntarily deregistering with the Securities and Exchange Commission amid the discouraging trend. YaFarm Technologies, a dormant web hosting firm based in East Brunswick, N.J., terminated the registration of its securities on July 17, while R&R Acquisition VIII, a blank check company launched in 2006, deregistered in late June.